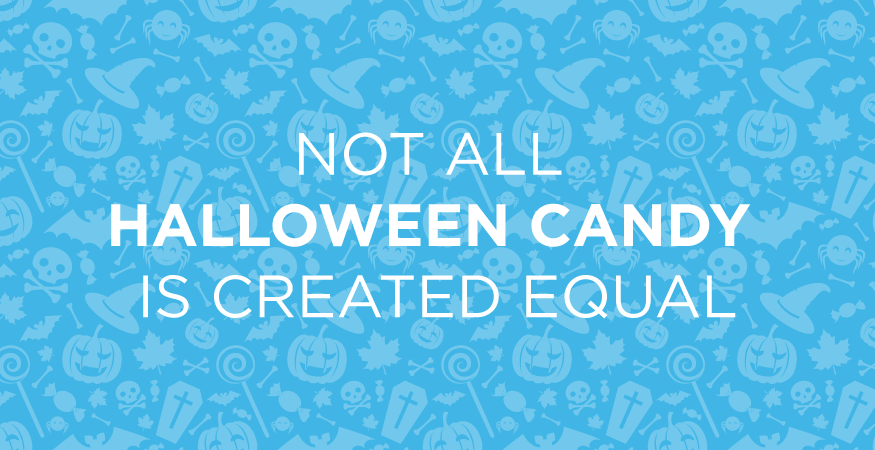 <![CDATA[ <h2]]&gt;I counted every piece of leftover Halloween candy we ate for a week.</p>

I get it. It’s almost Thanksgiving. No one wants to hear about Halloween candy anymore. But that’s really the thing about trick-or-treat loot: it tends to linger around wayyy longer than you expect.

So when two pounds of leftover Halloween candy got dropped on the snack production table the Monday before last, one single thought crossed my mind: I should do some pseudo-science with this. 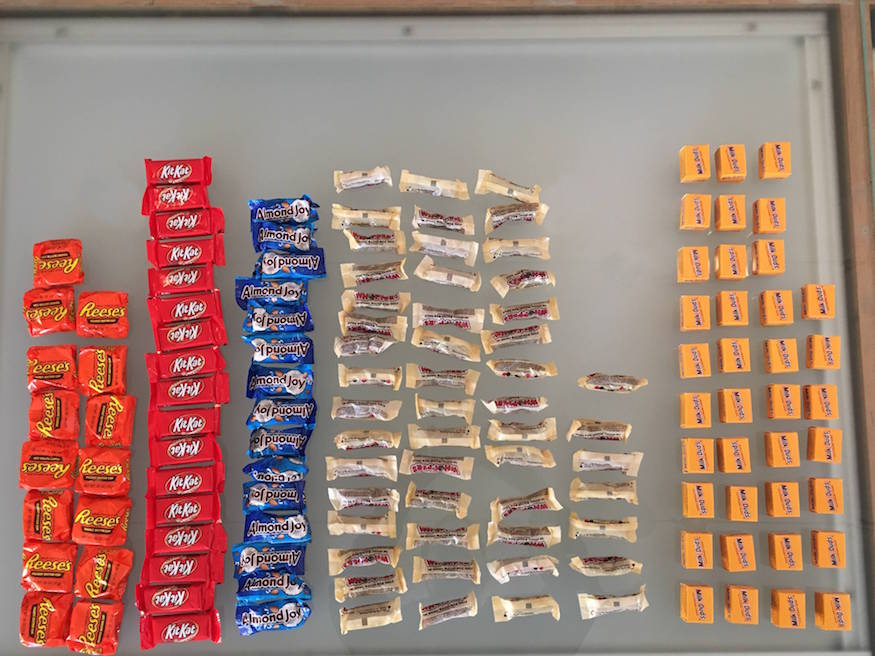 Determined to draw some sort of meaningful conclusions out of the candy consumption habits in our office, I emptied and sorted the candy bowl after each day and photographed the spread. At the end of the week I tabulated the results, and worked up some sweet charts. I now present to you the thrilling results.

Most Popular Types of Candy

Popularity is a tricky thing to define. To try and measure candy popularity, I chose to go with the average number of candy pieces consumed each day while that type of candy lasted. If people eat more of it per day, I figure that’s a pretty good metric of how much people like it, right?

So first conclusion, no real shock: Chocolate rules. No fruit-flavored candy can match the allure of good old, American as apple pie, milk chocolate. Otherwise, I have to admit, I’m a little baffled at these results. It defies all logic that Milk Duds are the most popular candy in the office. Every trick-or-treater knows that Milk Duds are only slightly better than finding pennies in your loot — but the data doesn’t lie. Milk Duds were an overwhelming hit at our office.

My unscientific attempt at an explanation for ‘filler’ candy being so popular? First off, I noticed that some of the unpopular candies just had one person that REALLY liked them. It seems that some people like to find an underdog candy to love: that way you can never lose in candy trades, right?

Secondly, there were unreasonable amounts of Milk Duds and Whoppers in the bag of chocolate candy. And as far serving size went, they seemed smaller than the AAA chocolate candies like Reeses or Almond Joy. Is it possible that the sheer volume and tiny size of these candies gave them the illusion of being more consumable? Maybe knocking back a few whoppers feels like less of a commitment than eating a whole Reeses.

It’s interesting to point out that no one is under the illusion that Whoppers or Milk Duds are selling out at cinemas or flying off of drug store shelves. But put them for free in a bowl, and apparently they can hold their own with the big dogs.

Grape Nerds were undisputably the least favorite candy in the bowl. I didn’t expect grape nerds to exactly evaporate out of the bowl, but it wasn’t until I counted all the results at the end of the week that I realized that no one had eaten a SINGLE BOX. As I write this, all 12 boxes of grape nerds are still sitting in the candy bowl, just waiting for December to roll around so someone can finally throw them away. 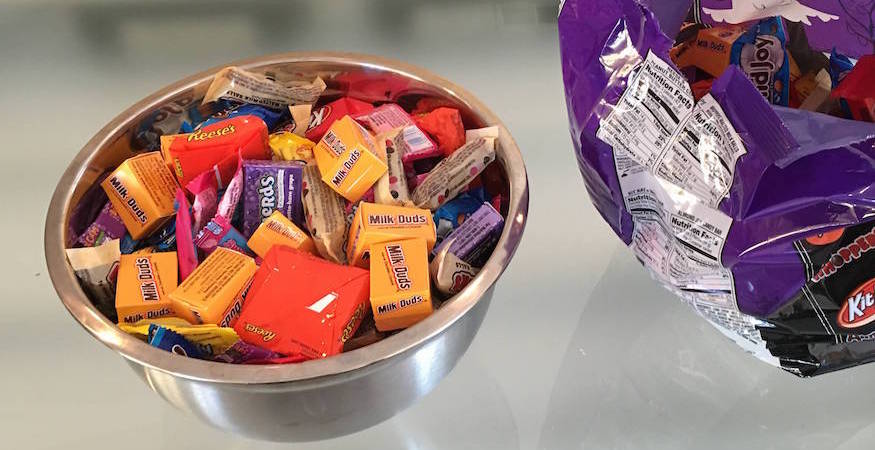 Bottlecaps and Banana Laffy Taffy were both more popular than I expected. I was SURE those were going to be candy pariahs left at the end of the week, but they both had more fans in the office than I expected. You could look at this as just some of the quirks of a very small sample size, but I like to think of it as the power of the individual. That’s all those candies needed: just one or two dedicated fans.

It’s been a edge-your-seat ride, folks. That candy sure didn’t count itself. It was dirty, thankless job, but sometimes that’s the price of scientific discovery. Let’s take a minute to review what we learned:

Maybe next time I’ll try and figure out how to turn our Thanksgiving pies into actual pie charts.

Do you have some leftover Halloween candy that just won’t disappear? We are now accepting donations.