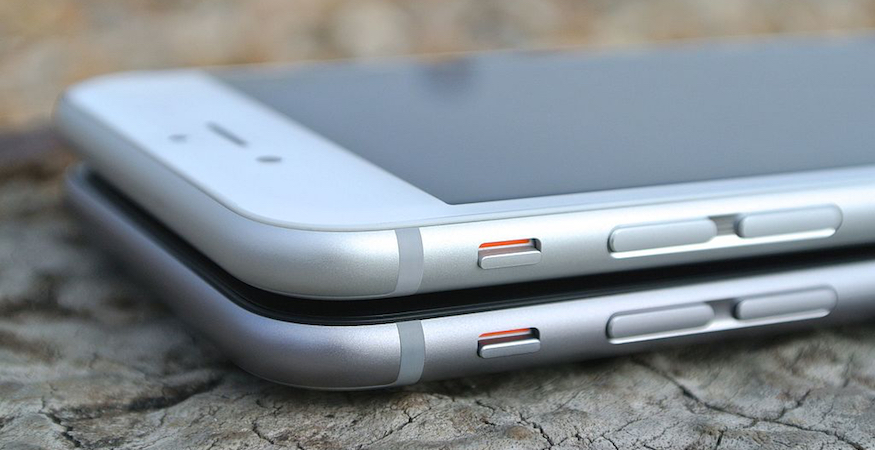 An awesome phone with which I’ve had no complaints for over a year. It’s giant, lightweight (with no case), and incredibly powerful. It’s everything a creative person dreams of. I have the best phone on the planet! Meanwhile…

Behold, the iPhone 6s Plus 4K

My wife had been scraping by on her iPhone 5, but the battery croaked just weeks after the iPhone 6s Plus was released.

What a perfect excuse to gift her (me) with the world’s first 4k iPhone!

Video Quality of the iPhone 6s Plus 4K

She was blown away, but at first, I was only mildly impressed. The phone didn’t seem like much of an upgrade compared to my iPhone 6 Plus—until I saw the video quality.

In the video, you can see just how well the iPhone 6s Plus performs compared to the 6 Plus.

Dynamic range and image stabilization are the two big improvements. I think more sharpness can be obtained if Apple increases the max frame rate to 60fps. This will relieve the phone of the obvious aliasing as well (although it does a pretty good job as is).

Note also that in the video we are walking. My wife with her 4k 6s Plus, and me with the 6 Plus (“scoffs at her phone*). We used the built-in manual focus locking and exposure features. With a tripod, the image would be much better.

In conclusion, the 6s Plus is a clear upgrade to the 6 Plus in the realm of video.

With a tripod, the 4k iPhone could fool most people, and pass as a professional camera (given the lighting conditions are ideal). But as with all things creative, it’s not the tools that make a great work of art, it’s the creative person using them.

Are you an Omaha business owner with a story to tell? Reinforce your content marketing strategy with custom photography or video production.