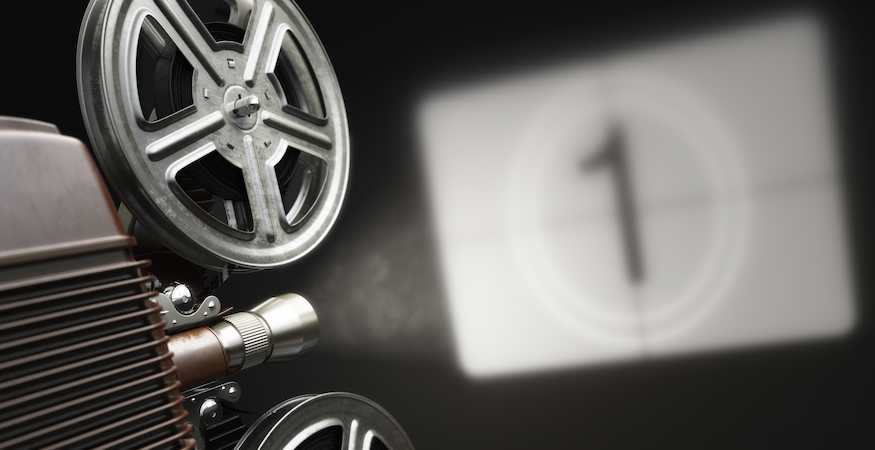 A Guide to Video Metrics on Social Media

Video is one of the most engaging forms of content on social media today.

Identifying a goal for your video content is step one.

If your brand is producing video content, it’s important to make sure you are prepared to measure the return on your investment (ROI)—whether that is in the form of reach, traffic, or sales is up to you. Having a clear goal in mind can make a tremendous difference in the direction and success of your content.

Metrics can help you understand how your videos perform. But you have to understand the metrics first.

Whether you are running a paid advertisement or just publishing to your feed, measuring the success of your video content on social media is made easy with detailed metrics. However, not all platforms handle video metrics the same way. It’s important to understand the subtle differences if you are managing your brand’s presence on multiple platforms. 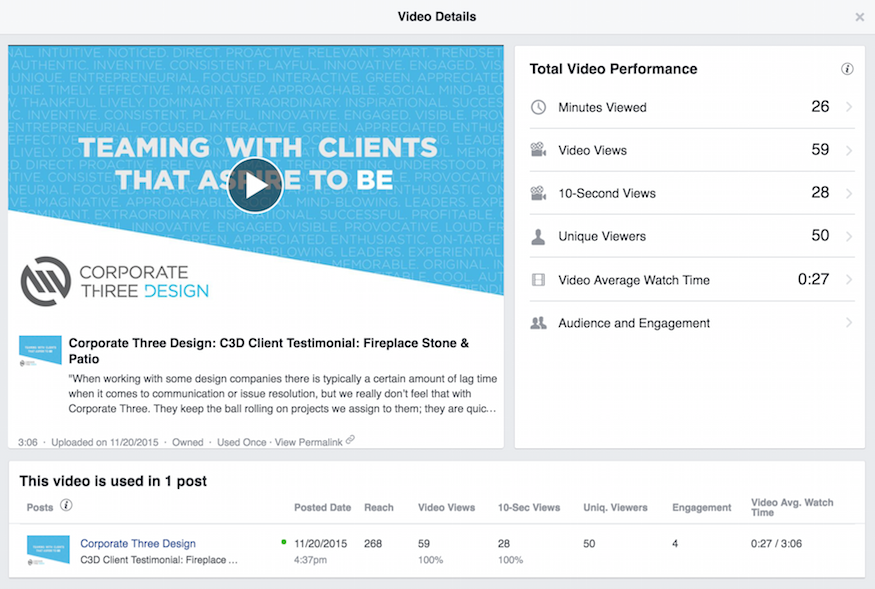 This is partly due to its auto-play feature but also because brands are simply creating and producing more of it. Understanding the platform-specific nature of Facebook’s video metrics can help your brand produce the best video content possible on Facebook.

Facebook’s audience retention graph shows your audience’s interest over time. This section also includes data like average view duration, total video views for the first 28 days and the number of people who watched your video for at least 30 seconds.

Facebook’s definition of what constitutes a video “view” has garnered some criticism from the advertising community. If a user watches a video for at least 3 seconds, this is counted as a view. 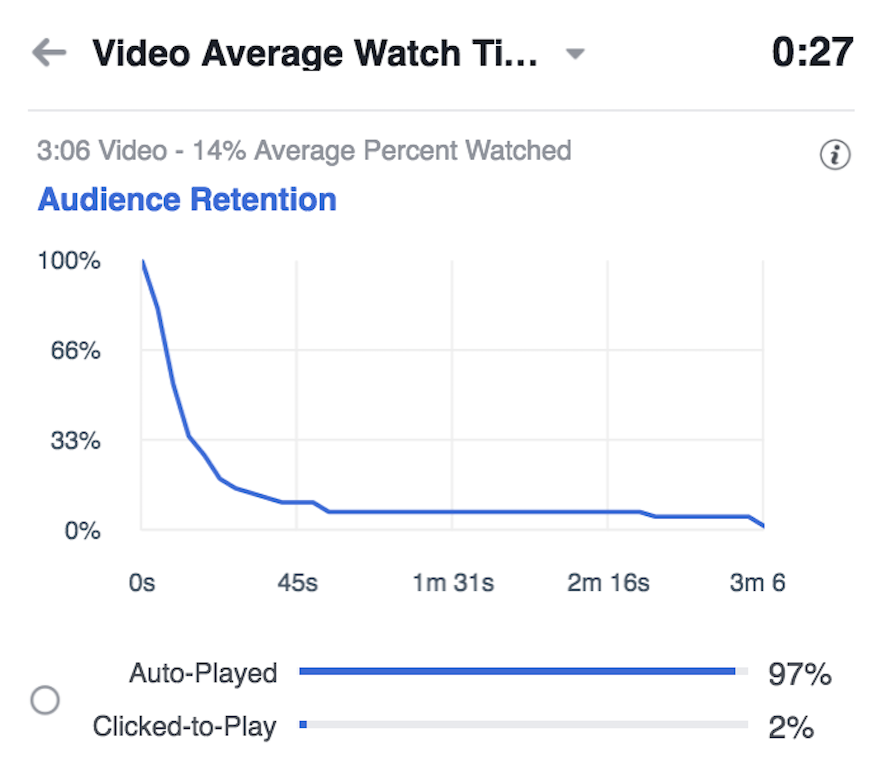 When you consider how easy it is to stumble onto a video in your news feed that automatically plays for a few seconds, especially on mobile, you can begin to understand marketers’ frustrations with how this metric is defined.

Don’t be fooled by inflated view counts. Look for more meaningful metrics like engagement and clicks to understand the true value of your video content. 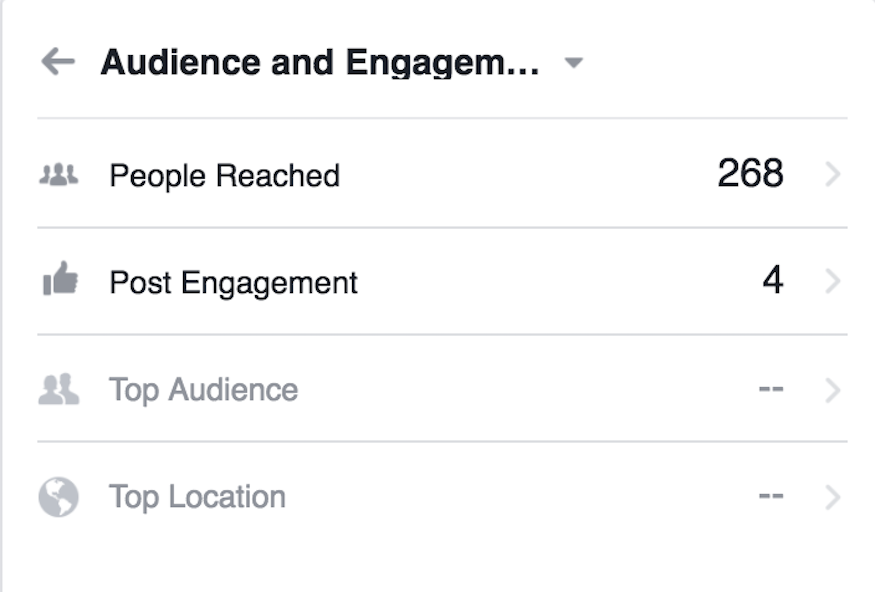 Facebook admits that engagement is typically the best measure of how much your video resonates with your audience. This section includes the video’s 28-day breakdown of all likes, comments, and shares on the original post.

Clicks on your Video

In recent years, Twitter has made a big push to provide users and brands with more data about the content they are sharing and the ads they are paying for. With the rollout of the Tweet Activity Dashboard, you can now evaluate metrics in real-time and for all your tweets dating back to October 2013.

While not as segmented as the Page Insights data on Facebook, Twitter still offers some basic measurements that can help gauge the engagement of your video content. Twitter's metrics for video content do not offer much more insight than the metrics you will see for a basic tweet, but here is a look at the kind of data that is available to you:

As the second largest search engine on the internet, YouTube serves video content to a diverse audience of over one billion children and adults.

YouTube boasts a number of design features that Facebook does not, although the platforms are starting to function more and more like each other each day with the introduction of video playlists and live video on Facebook. 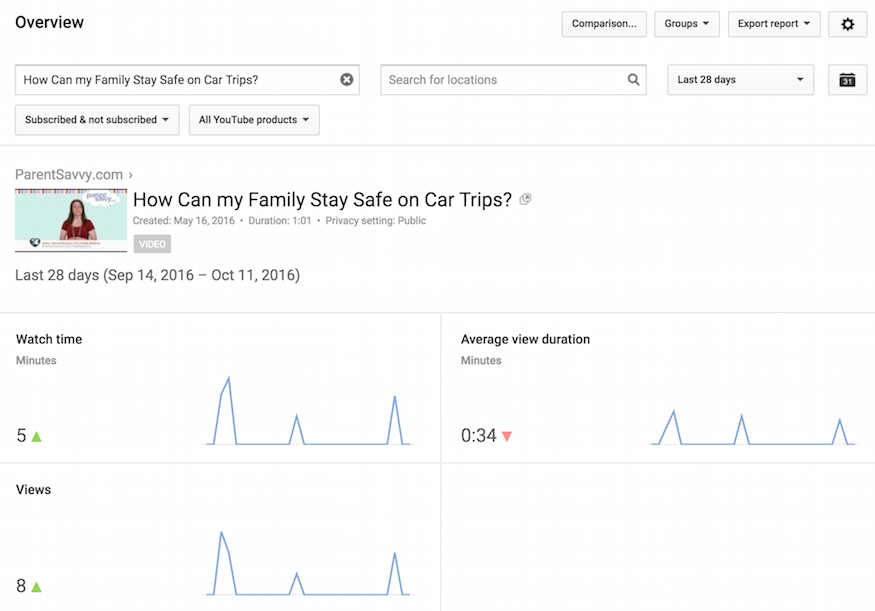 As a general rule of thumb, we advise our clients to publish video content to both Facebook and YouTube for a greater reach and to broaden that target audience. Look for these core metrics when analyzing the results of your video content on YouTube:

Looking for new ways to connect with your audience online? Improve your brand’s reach on social media to increase site traffic and grow your business!